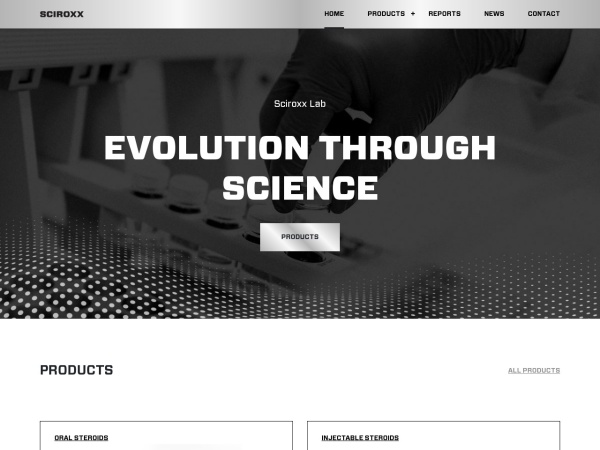 Using Testodex Cypionate at 600mg a week. 300 on Monday and 300 on Thursday. Pinned glutes so No pip and pins easily through a 25g pin. 4 weeks in on this and can easily feel the effects of the cyp. Normal sides, sex drive up, oily skin, seem to get more agitated than I usually do on test. My lifts are up about 22 lbs on average, so definitely getting stronger. 600mg a week.

Pinning quads and no pip. My shoulder give me a fit when working out with my arms over my head pushing heavy weight. Sciroxx's Nandrodex has eased this quite a bit. My knees aren't as achy either.

Definitely gained some water with this cycle. Weight is up 18 lbs so far.. Which is unusual for me cause I usually don't gain much water weight. Never been an "sides" issue I've had to deal with.

All in all, I would say this gear is g2g. I'll definitely order again.

Here is a list of websites where you can order legit Sciroxx products:

Pinning Ultradex 150 at 2cc eod, pinning 1.5 cc of test e Sunday and wedsnday along with Equidex at 1.5 cc . pip is a little painful with Ultradex but who the fuck cares. This stuff is amazing! Gained 12 lbs in 2 weeks and climbing and seem to be slit leaner and very veiny !!!!!!

So far all Sciroxx products I received have been spot on and High Quality. I ran a 12 week cycle on Tren E and Test E. After a week I was already experiencing insomnia and night sweats. My body became vascular and started to become ripped. I did start to get lumps behind my nipples towards the end of my cycle but was gone once I stopped the cycle. After completing the cycle I was surprised that I gained almost 10 pounds on just tren and test, which made me a believer that Tren in any form is one of the best muscle building steroids out there. My current cycle Is Deca, Test C and EQ. I'm currently on week 6 and noticing big changes already. I am getting quite a bit of acne to be expected, I'm less vascular and more so rounded. My joints feel great with less aches and pains. Strength is up even though not as much as when I was on my tren cycle. Im able to do cardio now and can see the size gains more each week with very few sides except slight gyno which is controlled with Nolva. Overall EVERY product has been amazing.

I loved everything about running Sciroxx cycle. I used the Methanodex (Dbol) as a kickstarter. I ran it at a 40mg dosage for the first 6 weeks of the cycle. I did split the dosage up and take 20mg in the morning, and 20 mg 8 hours later. The Test Cyp I ran at 500mg per week, for 12 weeks. I pinned on Mondays and Thursdays. There was some slight post injection pain, but that's one surefire way to know that you've got the good stuff. I ran only Clomidex for my PCT, and ran it at a 50/50/25/25 dosage. I did feel the drop off in libido, but that's to be expected. That lasted a couple of weeks, and then things were back to normal. Overall, I gained around 30 pounds on this cycle. Some of which was lost due simply to the water weight that was carrying. While I ran the dbol, moral was at an all time high. I was stronger than I've ever been, and was worried that I would lose strength when I came off. But as I was coming off the dbol kickstarter, the testosterone was kicking in, and I swear to you, I didn't lose a bit of strength. Max presses were still the same. Squats were the same. Deadlifts, same. We're not just talking gains, we're talking NOTICEABLE gains in strength and size. As long as I'm around, Sciroxx has at least 1 loyal customer.

In 3 weeks i gain around 10 LBS, i dont see water retention, no side effects. (I have low diet).

In my experience over the last 4 years Sciroxx products have always been effective, and this order was no different. The Pentadex 350 is what you would expect from Testosterone. It was the first time that I took NPP and I liked it, seemed to be very similar to the way Winstrol worked...

I have and will continue to recommend Sciroxx as my choice for steroid supplements. Other than providing a large selection of products their quality is truly on point. I have used 9 products in the last 2 years and have only had a positive experience!!

Excellent quality on everything. Specifically test/deca kicks ass. Ran the Testodex Suspension for about 8 weeks and gym pumps were insane. Night sweats when i ran the tren ace, and some tren cough, not too bad on the cough tho. Sweats were annoying but comes with the territory. Very popular here. I am currently on TRT through a doctor so I know what pharma grade gear should look and feel like. This stuff is legit. Moreover, I swapped out my pharma grade with this stuff and had bloods done and my levels were right where they were supposed to be. This is a new lab but they've proved them selves in my eyes.